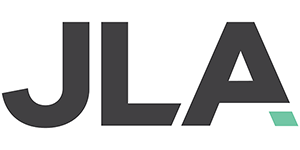 Successful prevention, detection, extinguishing and evacuation requires a holistic, ‘cross-premises’ approach, with expert support for risk assessment and compliance, professional inspections and installation, and  reliable servicing with breakdown cover for every area of your buildings.

This fire safety equipment checklist provides a useful overview of what you need for best practice protection, and a good reference guide for all the things you need to check regularly to ensure your most critical systems are it for purpose in line with fire regulations in particular, the Regulatory Reform (Fire Safety) Order 2005.

If, as expected, the proposed Fire Safety Bill goes through parliamentary process successfully, the new legislations is expected to be named the ‘Fire Safety Act of 2020’ – which will effectively be an amendment to the The Regulatory Reform (Fire Safety) Order 2005.

NB: The bill applies to England and Wales – separate fire safety legislation is in place in Scotland and Northern Ireland. Fire Safety is devolved in Wales but the Bill amends the shared legislation, with the same delegated powers applying to English and Welsh Ministers.

To help you cover all of the above, we’ve put together a guide on how to make a fire safety plan – including advice on compartmentation, training and preventative maintenance for your key equipment.

If you need support in any aspect of fire safety, contact our experts today. From fire risk assessments and one-off safety audits to installation and breakdown cover, we can help with all your safety and compliance obligations.

Get a fire safety quote