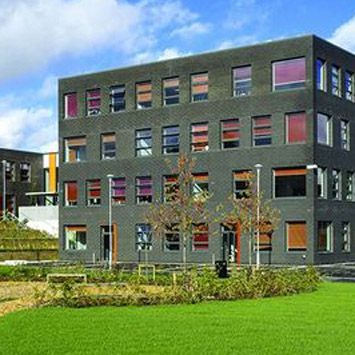 The best thing about the combi is definitely its speed. Before, if I put jacket potatoes in at 8.30 in the morning I wouldn’t get them out until 11.30. Now, by 9.30, they’re done and we can just keep them warm while doing other things. We can leave everything until closer to lunchtime now too. Normally we’d have hobs on the go most of the morning and be waiting for things to come to the boil for ages. Now I can just put veg in and 15 minutes later it’s ready.

It’s great for space, we can get so much in the oven at the same time and cook all our veg, meat, potatoes, and even biscuits, together – it saves so much time and effort for us. The simplicity of the controls means all our kitchen staff can use it with no problems. We have hundreds of pre-programmed options that JLA installed should we need them, but it’s easy to use manually so we’re happy to do that. Combi ovens are increasingly popular in catering for large numbers of pupils on a daily basis.

The self-cleaning aspect of the combi is really, really good too. On a Friday at home-time we just put the tablet in, shut the door and start it off. Then we come in on Monday and it’s all lovely and clean!

Things have definitely improved quality-wise and people are noticing the difference, saying food is a lot nicer and not as dried-out as it could be before. I can steam my meat for example, instead of having to cover it to make sure it doesn’t burn as I had to with the old ovens.